Qurbani, an annual devotional sacrifice of livestock whose meat is distributed to the poor, symbolises an Abrahamic tradition at the time of the annual Islamic ‘Eid ul-Adha festival. It coincides with the Hajj, the major pilgrimage, to Mecca.

The event commemorated is when the prophet Abraham was commanded by God to sacrifice his son, Ismail, but at the last moment – as a sign of mercy – was given a big-horned ram to sacrifice instead. A moment of great sadness and pain was transformed into one of great joy and relief.

During Awqaf’s #Share the Care Qurbani 2019 programme, over 250 cows and sheep will be slaughtered on the day of ‘Eid (12 August), and the meat distributed to 18, 000 underprivileged families. Some of the recipients only eat meat once a year during Qurbani.

This year, Awqaf SA celebrates a moment of enormous historical significance and cultural sharing. On the invitation of Chief Zwelivelile Mandela, a Qurbani will be held at the Royal House of Mandela at Mvezo Komkhulu, Nelson Mandela’s Birthplace, near Mthatha.

An Awqaf SA delegation, headed by its Chairman of Trustees Haroon Kalla, and its CEO Zeinoul Abedien Cajee and Deputy CEO Mickaeel Collier, will witness this historic event as well as representatives from the Muslim Judicial Council and imams and Muslim leaders from various indigenous township communities.

“This marks an occasion where communities that have been historically divided by the urban-rural geography of apartheid, will be brought together via the Qurbani. We see this as an opportunity to share what is human, and what is mutually compassionate.

“It is also an opportunity to reflect on what we have in common in faith and culture. What is so beautiful is that there are so many striking resonances between Islam and traditional African culture. For example, the circumcision, the ritual washing of the deceased, burial in a certain direction and the ceremonial importance and method of sacrifice, are just a few that come to mind.” said Haroon Kalla.

Kalla added that what lay behind this was the communal notion of humanity that has been weaved into all world cultures since time immemorial. He said the Qurbani also gave Awqaf the chance to show that Islam was primarily about mercy and compassion.

“We travel to Mvezo Great Place as honoured guests expressing unity in our diversity, but embracing our commonalities and realising that as South Africans we all beat with the same heart,” he said.

Awqaf CEO, Zeinoul Abedien Cajee, confirmed that in the Gauteng area, Jabulani, Eldorado Park, Protea Glen (Soweto), Lenasia, Finetown, Ennerdale, Poorjie, Evaton and Vlakfontein would all be hosting Qurbani ceremonies and distributing meat. In addition, there would be Qurbani taking place in Cape Town, Bloemfontein and Tongaat in KwaZulu Natal.

He also confirmed that this year, Awqaf will again be extending the Qurbani programme to neighbouring states such as Malawi, Mozambique, Lesotho, Swaziland, Namibia and Angola.

“Our teams have been dispatched to the various regions in which Qurbani will be performed. We also would like to thank our partner organisations: Diyanet Turkey, the Muslim Judicial Council, SANZAF, the Gauteng Muslim Shura Council, the BSU Youth Organisation and the local communities for selflessly working alongside our teams to execute this Qurbani,” he said.

The Awqaf SA #Share the Care Qurbani Waqf project is a means of building social cohesion and empowerment within the township communities across Southern Africa. Support us as we grow the Awqaf SA Qurbani Waqf Fund and establish your Qurbani in perpetuity. 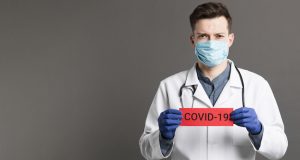 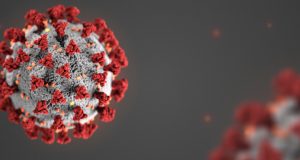 Muslim Community Responds to the Call for Social Solidarity 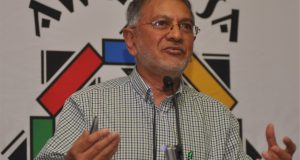 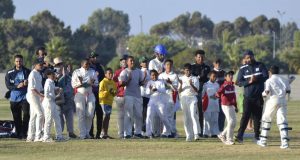 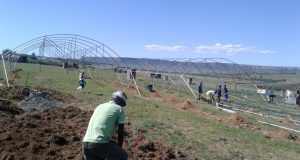